Hi guys, with this post we are starting a new series of articles about anime, I think the title speaks for itself doens`t it? I`m gona do a series of post with animes that you must see for different reasons, such of illustration quality, soundtrack, story, etc. My idea is to share my passion for anime with you and to hope you start to embrace it.

This is an Anime I love not only for the soundtrack, I must admit is the best I heard in the anime industry, but also for the plot that made a lot of noise in the world of anime when it was realesed.

It has 26 episodes, directed by Shinchiro Watanabe and produced by Sunrise studio. The story presents the following context: In the year 2022 a series of interstellar gates are built along the solar system, facilitating the creation of colonies on other planets and trade between them. One day one of the doors, very close to Earth, suffers some instability that leads to an explosion of immense proportions. This explosion literally destroys half of the Moon and sweeps the surface of planet Earth, killing thousands of millions of people. Most of the surviving population then choose to migrate to colonies on other planets. While the habitants of Earth who choose to remain on the planet are forced to live underground due to the constant fall of lunar fragments on the surface. Some of the space colonies are: Venus, Mars, the moons of Jupiter: Callisto, Ganymede and Europa, among others.

Seen and given this context we find ourselves in the year 2071 at this time the bounty hunters have returned, but now they hunt down criminals in space. The main characters officiate this profession traveling through space in the Bebop (their spacecraft) seeking space for offenders and a good economic return to survive.

This group of bounty hunters is made up of:

Born in Mars. Spike is a former member of the Red Dragon crime syndicate His past sentences him to a life of exile for being part of an ancient love triangle between his former union partner, Vicious, and a mysterious woman named Julia. Despite the carefree and weak look he is a great shooter and an expert in Jeet Kune Do.

Born on Ganymede. He is the most rational character of the group, he`s the more experienced one, and is also the owner of the “Bebop.” Jet is an ex-cop who lost his arm in a scuffle with a gangster while exercising his profession. He quit his job as a policeman due to the amount of corruption in it. He knows Spike belonged to the Red Dragon Mafia, but never gets into his business and only does so when he thinks he is in danger. Jet is from the start of the series who more shows his emotions in the group and who gives order to thi multifaceted group.

She is a woman who suffers from amnesia, little is known about her past, just that she awoke from a 70-year cryogenic slumber after an accident. Was deceived and she assumed the debt of the man who awoke her from her dream, and precisely becose of this is that Faye becomes a bounty hunter. Her past and her real name are not known, even to herself (the name ‘Valentine’ was given to her by a doctor), and we`ll know more about her with the progressive run of the series.

Is a young Earth girl with a pretty strange personality. She lives wandering aimlessly where life takes her. Ed does not care about the future or anything that makes sense for anyone, she just lives day by day, so it is very impulsive. Moreover, its main attribute is her hacker profile to assist the Bebop group. Her father is just like her and cares very little about the whereabouts of her daughter, although he loves her. Ed, in fact, was  raised in an Earth orphanage held by a nun and her real name is Françoise.

Ein is a Pembroke Welsh Corgi breed dog and former lab animal identified as “data dog” by the scientists who created it. The terminology used in this title was never explained, however, it`s suggested that it possesses higher intelligence (which exceeds even humans), since near the end of the series it appears “hacking” a computer with ease, while previous peers  attempts failed. Despite its superior intelligence, the Bebop crew does not capture this quality.

Over the episodes we’ll see how this strange group is developing one by one their personal history having Spike as main character to disclose his tortuous relationship with his old comrade Vicious which will lead to the outcome of the series.

Despite the great impact it generated in the anime world, CowBe (abbreviation which is known to the series), had great trouble reaching Japanese screens due to a murder perpetrated by young man, later justified by them as a product result of alleged influence of TV series. This episode, among others, resulted in a context in which Japanese TV signals wary of issuing any series where there was violence. Finally TV Tokyo on April 3, 1998 aired the series censoring many scenes and emitting only 13 episodes (of 26). Despite this, the material was so good that it became extremely popular and on October 23, 1999 the WOWOW signal began a new and uncensored issue of CowBe, providing all the episodes.

If, with barely 13 episodes censored in some scenes, imagine what the complete and uncensored broadcasting was! What happens is that CowBe is a series that radiates freshness from all points of view: it has very complex characters, it`s a series that doesn`t  need to be followed in a cyclic fashion (although the series has a thread and develops a story that concludes at the end, the episodes can be enjoyed to perfection without having seen previous episodes) and its soundtrack deserves its own paragraph, the famous Yoko Kano was free by the producers and directors to do what she wanted, and no doubt the result is a musical gem of Jazz, Blues and some Rock. Yoko Kano put together the band, “Seatbelts” (composed of 24 musicians) and the result was so good that many of the episodes are greatly influenced by the musical atmosphere created by the “Searbelts.”

Finally CowBe had its film, entitled “Knocking On Heaven’s Doors”, the argument is outside the storyline of the series and has musical quality, animation and story that matches or even exceeds the series.

If all these arguments have not convinced you to give Cowboy Bebop an opportunity I will let this anime artwork speak for itself, Here you have a couple of good images and videos. Until next time friends.

One of the best action scenes in Cowboy Bebop (Spoilers) 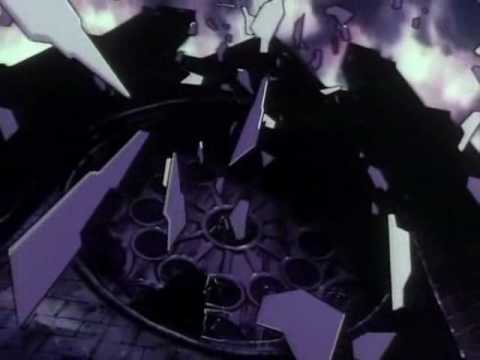 Creating a Popup with Html5 Dataset API and jQuery